Anyone who has purchased a firearm from a licensed dealer in the recent past has had to fill out a Form 4473. It’s a form issued by the Bureau of Alcohol, Tobacco, Firearms, and Explosives (BATFE) for use by Federal Firearms License (FFL) holders. Every transfer from an FFL holder to a purchaser generates one of these forms, and it stays on file for a minimum of 20 years. A thumbnail of the first page of the form is shown below. It links to the official PDF form at the BATFE website.

“Gun control” advocates will point to the use of this form (and the associated National Instant Criminal Background Check System, or NICS) as a positive step. They’ll say that it prevents the wrong people from getting guns without violating the Second Amendment.

How Are We Being Fooled?

The claims of “gun control” advocates are dead wrong on both fronts, and more. First of all, requiring a form and a background check from every purchaser does not prevent unsuitable people from getting guns. Criminals will find sellers elsewhere, or they will steal guns from lawful owners.

Secondly, Form 4473 is a blatant violation of the Second Amendment. It is an infringement on the rights of U.S. citizens to keep and bear arms, implemented by an agency that was originally a division of the Treasury. Some might argue that the federal government does not have the authority to regulate the weapons trade in the United States in the first place, and that “shall not be infringed” does not leave any room for interpretation.

But it gets worse. Any time a customer fills out Form 4473 according to the instructions, that person is also facing a violation of another constitutionally recognized right, this time under the Fifth Amendment: “No person … shall be compelled in any criminal case to be a witness against himself, nor be deprived of life, liberty, or property, without due process of law.” 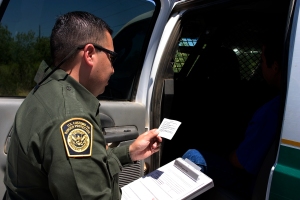 Form 4473 is a thinly veiled circumvention of the same right that spawned the Miranda warning and the concept of “taking the Fifth” in court. In the process of supposedly making sure that criminals can’t buy guns, the federal government requires that the purchaser answer the following yes-or-no questions and swear to the veracity of the answers via signature:

b. Are you under indictment or information in any court for a felony, or any other crime, for which the judge could imprison you for more than one year?

c. Have you ever been convicted in any court of a felony, or any other crime, for which the judge could have imprisoned you for more than one year, even if you received a shorter sentence including probation?

d. Are you a fugitive from justice?

e. Are you an unlawful user of, or addicted to, marijuana or any depressant, stimulant, narcotic drug, or any other controlled substance?

f. Have you ever been adjudicated mentally defective (which includes a determination by a court, board, commission, or other lawful authority that you are a danger to yourself or to others or are incompetent to manage you own affairs) OR have you ever been committed to a mental institution?

g. Have you been discharged from the Armed Forces under dishonorable conditions?

h. Are you subject to a court order restraining you from harassing, stalking, or threatening your child or an intimate partner or child of such partner’?

i. Have you ever been convicted in any court of a misdemeanor crime of domestic violence?

j. Have you ever renounced your United States citizenship?

k. Are you an alien illegally in the United States?

l. Are you a nonimmigrant alien?

This is precisely the kind of compulsion prohibited by the Fifth Amendment. In order to exercise the right to keep and bear arms, the BATFE requires that a person waive the right described in the self-incrimination clause by legally affirming answers to an on-paper interrogation. If the customer refuses to act as a witness against himself, he is denied his right to acquire a weapon—deprived of liberty—in violation of the due-process clause.

Some might argue that the self-incrimination clause does not apply here because the purchaser is not involved in an active criminal case. It’s true that the purchase of a gun is not a criminal case, but a sworn, signed statement is a legal weapon that can only come back to harm a person. It is evidence for a potential future criminal case, like statements made to a police officer before any suspicion has arisen.

When the police arrest someone, even if the arrested person is not yet formally charged with anything, he still has the right to remain silent. Why? Because anything he says, especially if he says it to a police officer, can and probably will be used against him in court. That’s why the Miranda warning is phrased that way—to make people aware that the information they are sharing may be used as part of a criminal case against them, right now or at any time in the future. 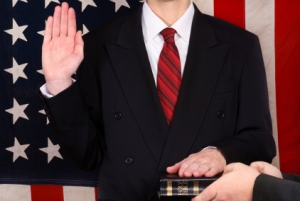 Filling out a Form 4473 is the legal equivalent of walking into a court and filing an affidavit against oneself. If the honest answer to 11.a is “Yes,” and the honest answer to 11.b through 11.l is “No,” it’s hard to think of it as filing anything against oneself, as none of the answers are actually incriminating. But that’s not relevant to the right described in the Fifth Amendment, which is “compelled to be a witness against himself.” Guilt or lack of guilt has no bearing on the situation.

Neither the police, nor the courts, nor the many tentacles of the federal government may compel a person to act as a witness against himself. It is an egregious violation of civil rights if a police officer, for example, refuses to let someone travel freely without answering questions about his activities. It is such a violation that the person’s statements may be inadmissible in court. In the case of Form 4473, the BATFE not only compels a person to be a witness against himself, but does so by threatening to withhold the person’s right to arm himself.

The Constitution explicitly prohibits the federal government from doing all of these things—compelling a person to be a witness against himself, depriving a person of any right without due process of law, and infringing on a person’s right to keep and bear arms. It’s all there in black and white.

But Isn’t That the Background Check?

Form 4473 is not the background check that is performed prior to a firearm transfer. That takes place after a 4473 is filled out, typically on the phone. The information NICS uses to determine whether the FFL may proceed is independent of the answers on the form. When a purchaser fills out the form, what he is doing is providing sworn answers to a preliminary set of questions. There are clear “right” and “wrong” answers to these questions, if the purchaser wants to acquire the firearm; any other answers will stop the transfer from happening.

It’s a sort of trap, the same kind of trap a police officer might spring during a traffic stop. For example, if an officer asks a person if he has anything illegal in his car, the person has three options: say yes, say no, or remain silent. Either of the first two options amounts to the person acting as a witness against himself. The third option is what sets the police encounter apart from Form 4473. The person has the option to remain silent, and the police officer cannot (lawfully) respond by depriving the person of life, liberty, or property. 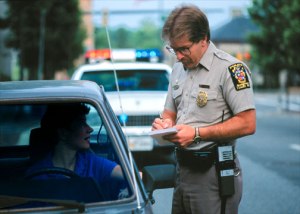 The BATFE, on the other hand, claims the authority to make an FFL refuse a transfer if the purchaser will not complete and sign Form 4473. However, the background check could be performed to exactly the same degree without the answers to any of those questions or the purchaser’s signature. The form is extraneous to the background check. It is a bald attempt to make purchasers of firearms waive their Fifth Amendment rights in order to exercise their Second Amendment rights. (For anyone with a deeper interest in the Constitution, this arguably amounts to a violation of the Ninth Amendment’s provision that “The enumeration in the Constitution, of certain rights, shall not be construed to deny or disparage others retained by the people.”)

Is There a Solution?

Of course, it’s not unreasonable to want some level of security, especially when it comes to a potentially lethal object like a firearm. Gun owners should understand this; owning a gun involves the duty of being its steward. Responsible gun owners don’t let just anyone handle their guns, and it follows that they should appreciate the idea of not letting just anyone put his hands on a gun. 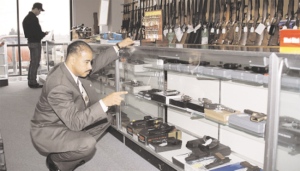 That said, the federal government is explicitly forbidden from being a gatekeeper between the people and any arms they may want to keep or bear. The pre-recorded message on NICS telling a firearms dealer whether to proceed with a sale or not is no less of a violation than if the government were to ban a particular religion or outlaw discussion of certain topics. It cannot stand.

However, there is a middle ground. Most everyone agrees that any FFL ought to be informed that his potential customer is a convicted violent felon, a known drug abuser, severely mentally ill, or otherwise ill-suited to own a firearm. These are things that might not be readily apparent in the course of a brief encounter in a gun shop, but the dealer should know about them if possible. NICS already has this information, as do the state authorities that are sometimes used for this purpose.

The solution is for the government to simply provide this information to the FFL rather than making the decision for him. The dealer would still collect the customer’s basic information on a form, but that form would not include a section that requires the purchaser to act as a witness against himself. Then the usual NICS call would take place, except that the result would not be a command about whether to proceed. It would be a list of reasons why the dealer may not want to proceed with the transfer, if there are any. 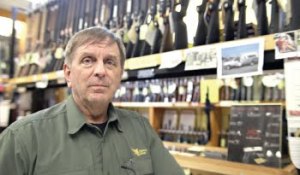 The dealer would then be free to make the choice of whether to proceed. He was informed of the purchaser’s background prior to approving the transfer, so he cannot feign ignorance, and he acts at his own risk. If he knowingly sells a gun to an unsuitable person who then uses it in a crime, the dealer can be held responsible via loss of licensing, civil penalties, and/or criminal liability as appropriate. This level of accountability would deter dealers from selling guns to unsuitable people, while still conveying all of the important information and removing the decision from the hands of the government. Taking this power away from the government also ensures that it can never be used as an instrument of abuse, such as denying the right to arms due to nonpayment of taxes or political blacklisting.

Overall, there is no valid reason why completing Form 4473 as it exists should be required of prospective firearm purchasers. Each purchaser’s suitability can be and is already determined in other ways, none of which necessitate the providing of sworn statements that could be used in a criminal case against that person. Removing those questions and leaving the decision to the dealer would not plunge the firearms trade into lawlessness. In fact, it would do the opposite, preserving the ability of citizens to exercise all of their rights, rather than forcing them to choose which rights to waive.